This game is a prototype, we're currently working on a greatly improved version of the game.

Thank you all for playing, making videos, giving feedback and even contributing to this game :) It means a lot!!!! <3

dude this is A MASTERPIECE! this is a very cool and mysterious game...

i've got some questions,

1. did you draw the sprites yourself?

3.is there going to be another game in this style?

Hey! Thanks for playing!

2. I read the comments in here, I don't have a Discord, Twitter, etc. However, if you want to message me privately, write me an email hi@paulekas.eu

3. I'm hoping that I'll find some free time to continue working on a sequel, but the university and other activities have been eating up my whole schedule so I don't want to give out any ETAs. 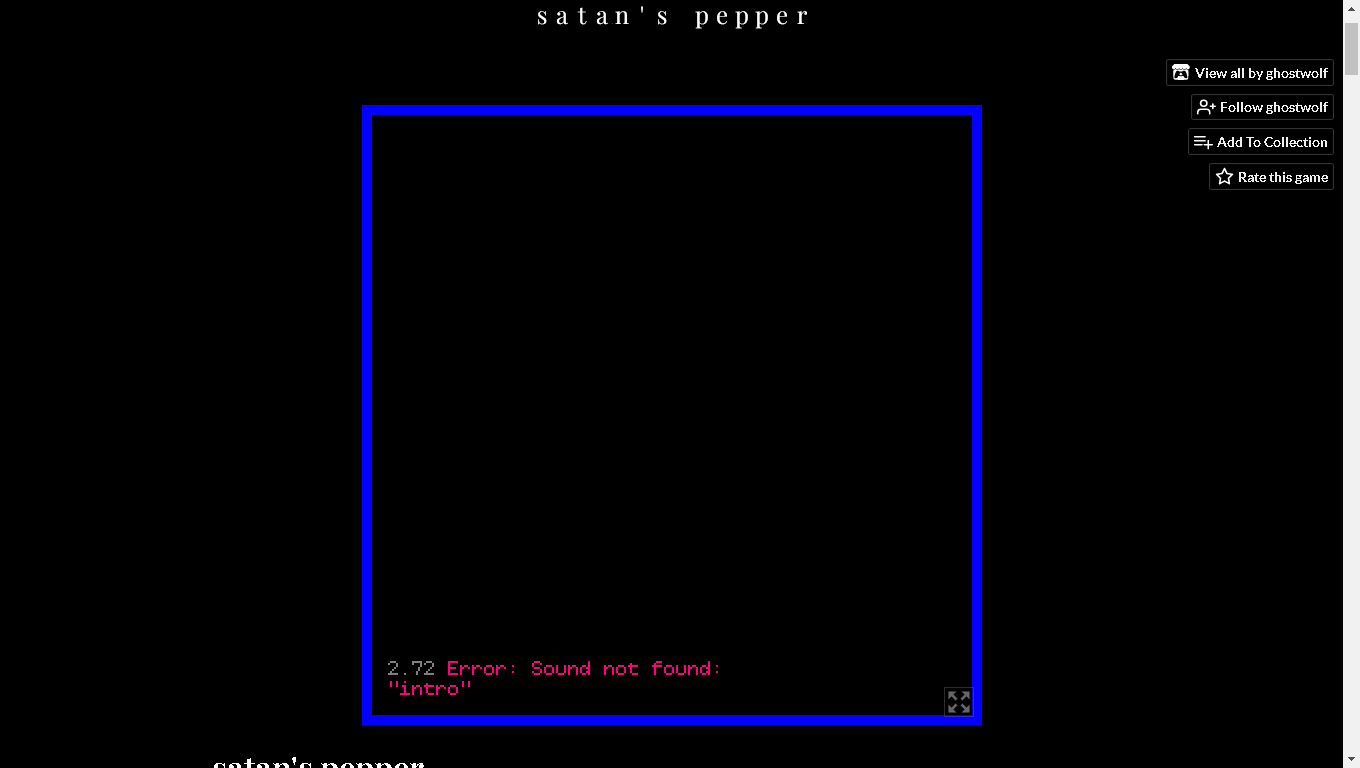 Hi! I really want to play this game-
But it says this thing?
Does anyone know what this means?

Hey! Seems like some files failed to load. Try reloading the page

Reply
TxlTxl103 days ago
Hello! This is the first time a game developer noticed me!
Sorry for the trouble and Yes it did work, I refreshed it a few times.
It was probably my internet because of the rain so
Thank you! I enjoyed it and i cant wait for the full game :D
Reply
Snailsnip117 days ago

Short and sweet. Well, not sweet, but. You know.

is there an alt ending? or am I destined to eat the pepper and perish?

No alt ending yet!

Do you do youtube videos as your style reminds me of this youtuber who dose these stock,pixel,surreal horror like your game

Ye i saw who you put in credits and i did a dumb :p

i HAVE to know what you used to make this!

hii can u send the sound track u used hehe. i LOVED the music <3

Hey! I don't have the list atm D: but all soundtracks were taken from https://opengameart.org/

Loved the game, short, sweet, and straight to the point. The sense of mystery and suspense was really thrilling. Nice work!!

Despite my insides burning from the pepper, I give this a 5/5 for the spiciness.

Hey sir, nice game! @ghostwolf
What you think about a translation to Portuguese?

I can see a lot of people are making Youtube videos playing your game, translate to other languages would be a good way to spread it even more!

I am Brazilian and I can translate it to Portuguese for free (just let me put it in my online portfolio as translator).

So, what you think?

If you interested email me at my page: https://almirpaulo.github.io/

Thank you very much for your interest into translating this game into Portuguese. It really means a lot :)

I'm writing this message publicly, because I want the other people to see the response too.

We're currently on a stage where we're completely redoing this game. This means:
- this Game Jam's version of the game will be replaced with the new one, so the old dialogues won't be used after the new release, though the old version of the game will be available somewhere else
- we're also working on an updated story, it doesn't have the final form yet and it's bound to change. for example, we've brainstormed some a new element that would radically change one part of the story this evening!

I'm planning to invite volunteers who would like to translate the game into their languages later on, when we'll have a working prototype that would be near the full version release! Make sure to check out the devlogs.

If you still want to translate the current version of the game, I've made a guide for this! Everything should be written down there.

If you have any more questions, ask them here in the comments or write me an email hi@paulekas.eu!

Again, thank you for your interest and have a wonderful day! :D

Thank you for the guide!
I just sent you an email with my Brazilian Portuguese translation.
Check it in your spam folder, emails with attachments tends to go there.

This was really fun! I love the nostalgia vibe of it, and the design of the characters! Because of that it really added this whole other creepy vibe to it, and I enjoyed it a lot!

( I made a greek gameplay of it , check it out if you want!)

The quote "he looks funny" made me laugh a bit

Very unique.. and amazing how  you did so much with basically pictures, music, and text. Looking forward to the full release.

Absolutely love this game! I must say, the pixels in the art gave off a slightly blurry effect, which I believe adds to the creepy atmosphere. For your first jam, this is an outstanding game!

It made me laugh. Eat that damn pepper!

so what happens if i dont buy milk

you are not a true bone/r -Dani

That face the shadow makes after you eat the pepper is so incredibly unsettling.  Well done!

Very charming short horror game, really liked the soundtrack and story, come and check it out if you're interested 👇👇👇👇

this is such a cool little well made game! i loved it

milk to the rescue?

Reply
ShakesFear131 days ago
Satans...CHILI!!1
Reply
Your Game132 days ago
Great atmosphere! I like it <3 Thank you for making such a cool game!
Reply
brixbones132 days ago(+2)

Hi! I really like this game, has a cool feel. Really like the eye person! How did you get this grainy effect on the pictures, if you don't mind? I wanted to try making an animation like this but I didn't know where to start.

Hey! It's called "noise" (grain) texture! If you use Photoshop, you can go to filters gallery and use the noise filter.

Does Photoshop animate the filter, like how static buzzes, or do you save a few versions of the same image with different settings to get the jitteriness?

me when i eart mcdonalds sprite

That was an experience. 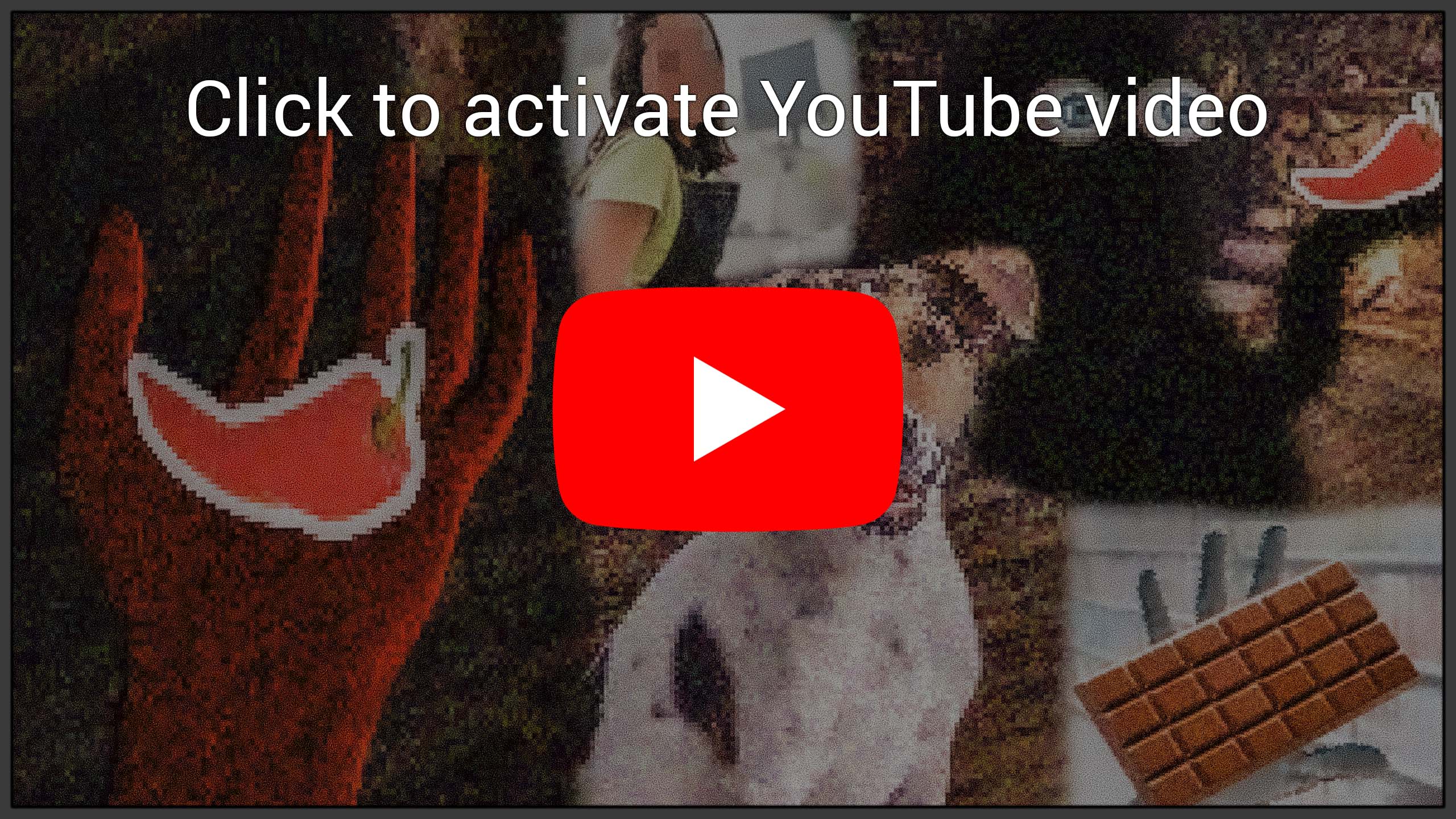 Reply
Bop Man135 days ago
Hottest pepper ever! Lol, I really liked this game and hope you can add more to it soon!
Reply
atrocidad135 days ago(-3)

An unsettling yet charming game. 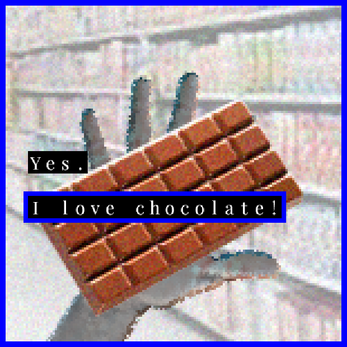 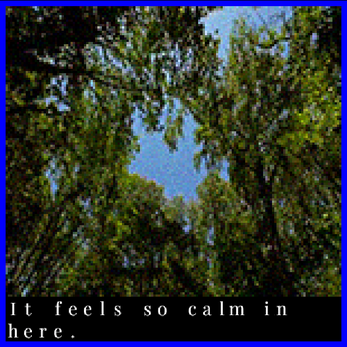 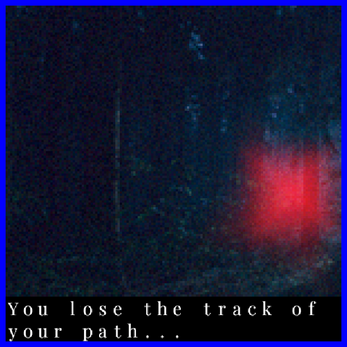 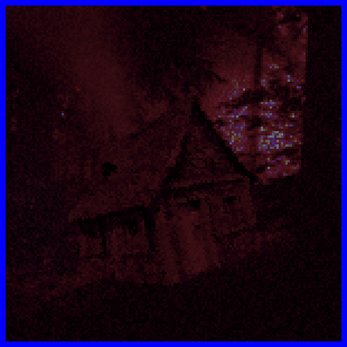 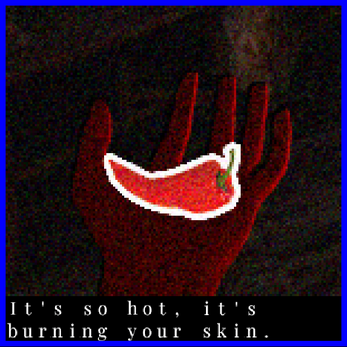